The transition of an offender from jail to community requires a large commitment with a significant number of resources. The transition and step-down of the offender begins on Day One with Re-Entry Services commencing on that day. Casework staff initiates the Transition Plan by beginning to gather and assemble information on a newly committed offender. The Transition Plan is a working document that objectively provides assessments, staff input and self-reported data that will guide the offender towards the goal of successful Re-entry to the community. The Re-entry Services Team of the Coordinator, Caseworkers, Discharge Planner and Community Case Manager provide an on-going support system for each and every offender as they move throughout the system.

A percentage of committed offenders will be selected to step-down to the Dedham Alternative Center (DAC) in minimum security housing with an opportunity to go out into the community under supervision to perform work tasks in various municipalities. If a positive performance is achieved, the offender may be considered for a pre-release security bed on Electronic Incarceration Program (GPS) or may be transferred to our community leased bed space at North Cottage Program, the Gavin Foundation or Brooke House.

The Norfolk County Sheriff's Office Repeat Offender Re-entry Initiative has been hailed as "a model for the entire state" by former Massachusetts Attorney General Martha Coakley. The Offender Re-entry Initiative is a 12 week Substance Use Treatment program with a major focus on re-entry and community transition. Program access and services are offered without regard to offender's race, religion, national origin, gender, sexual orientation, disability or political view.

The Initiative identifies repeat offenders incarcerated at the jail. During monthly meetings, these offenders meet with a variety of outside agency representatives. Prosecutors from the U.S. Attorney's Office, Massachusetts Attorney General's Office and Norfolk District Attorney's Office warn them that much harsher penalties await them if they re-offend. The program emphasizes personal accountability on the part of the offender. For instance, Level 2 and 3 sex offenders are transported directly to their parole or probation officers and to their local police department so that they can register their residence as required by law.

The program also links the offenders with numerous social service agencies such as North Cottage Program, South Middlesex Opportunity Council, the state Department of Mental Health and the Massachusetts Rehabilitation Council to help them become and remain productive, law-abiding citizens upon their release from jail. 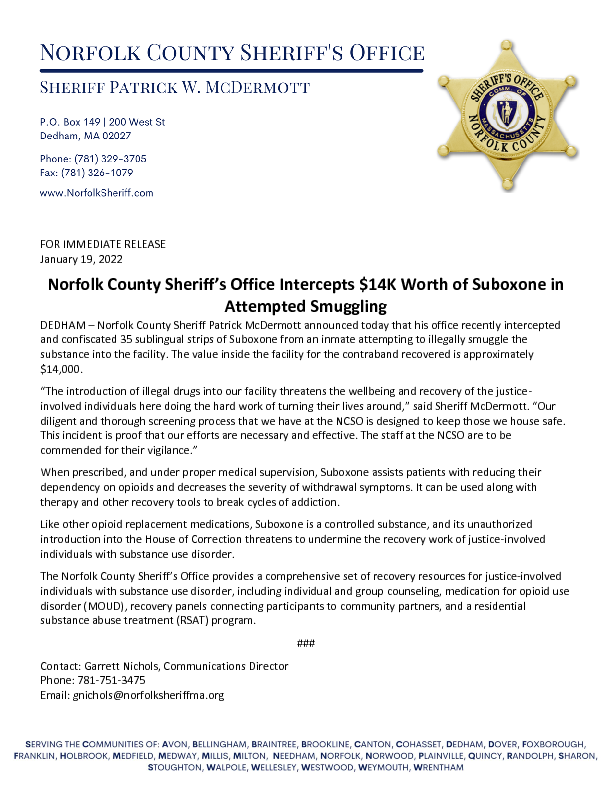 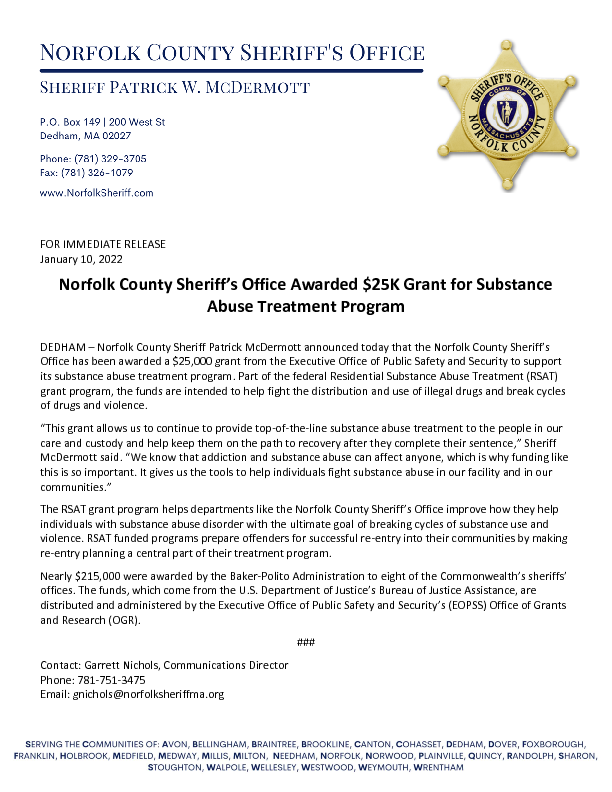 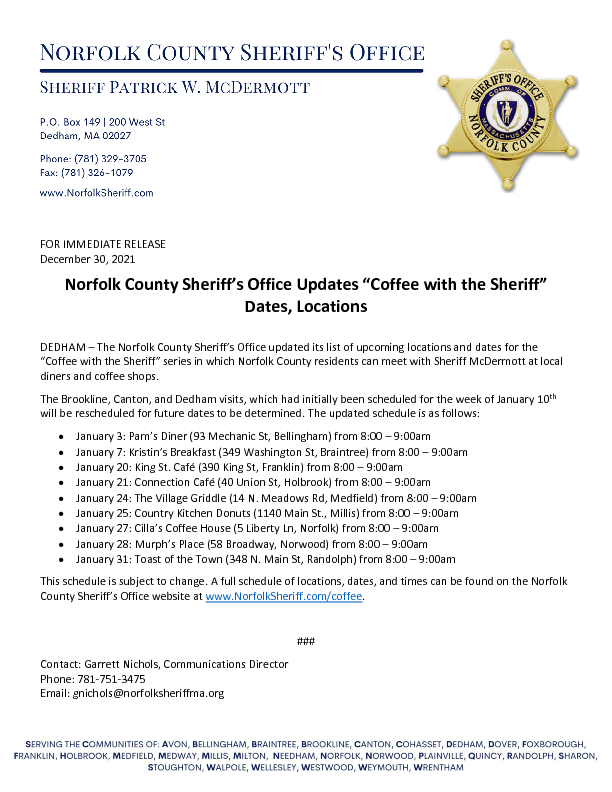 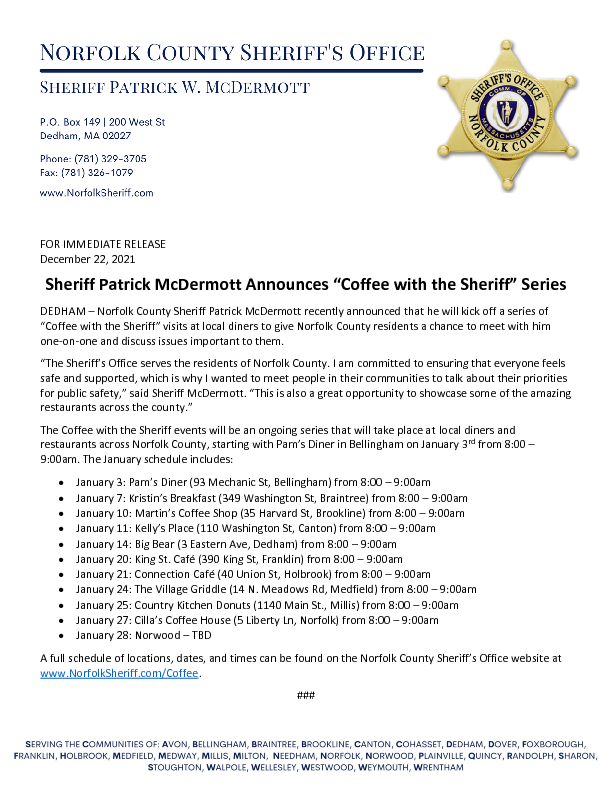 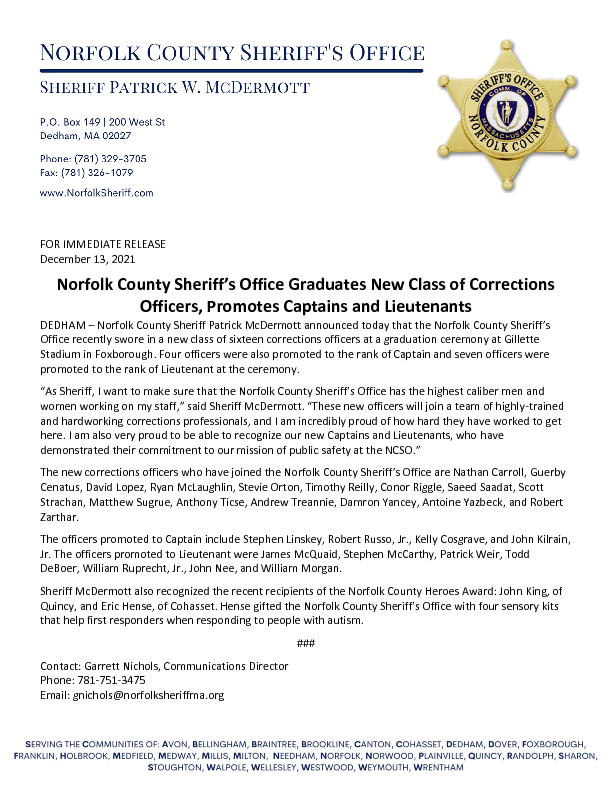 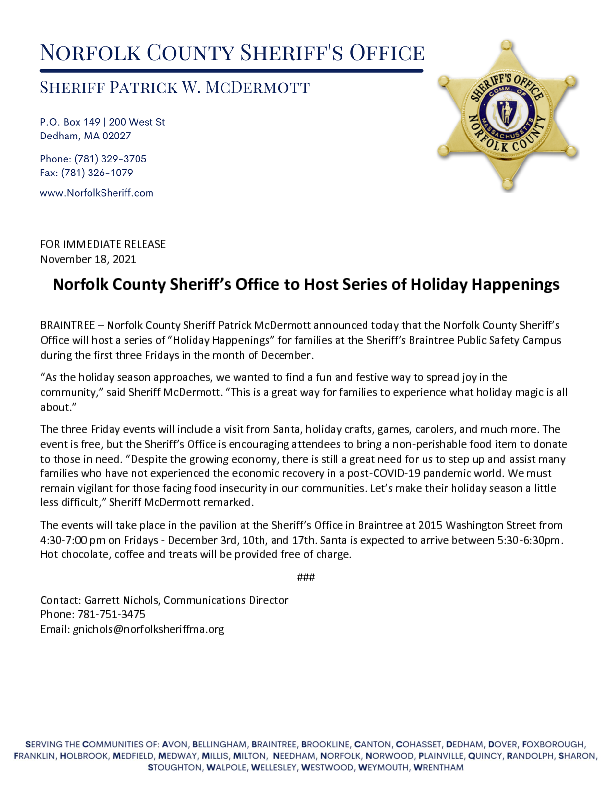 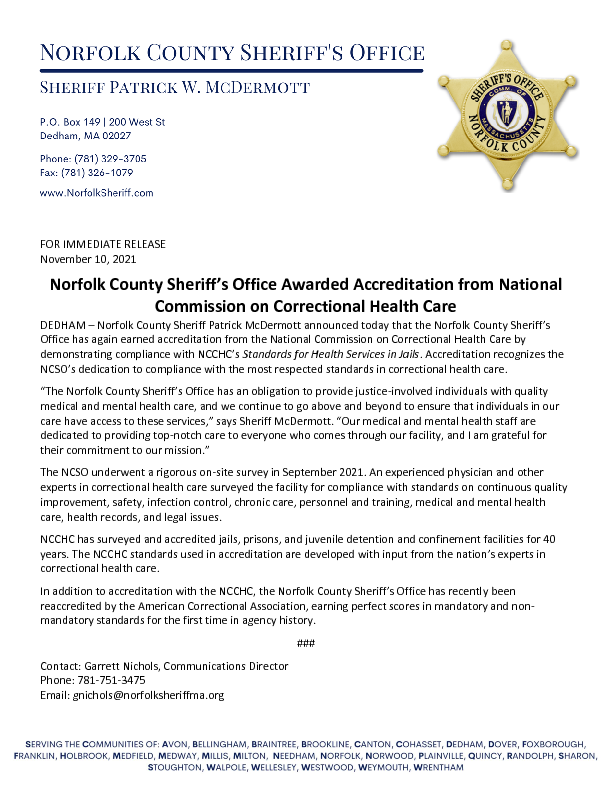 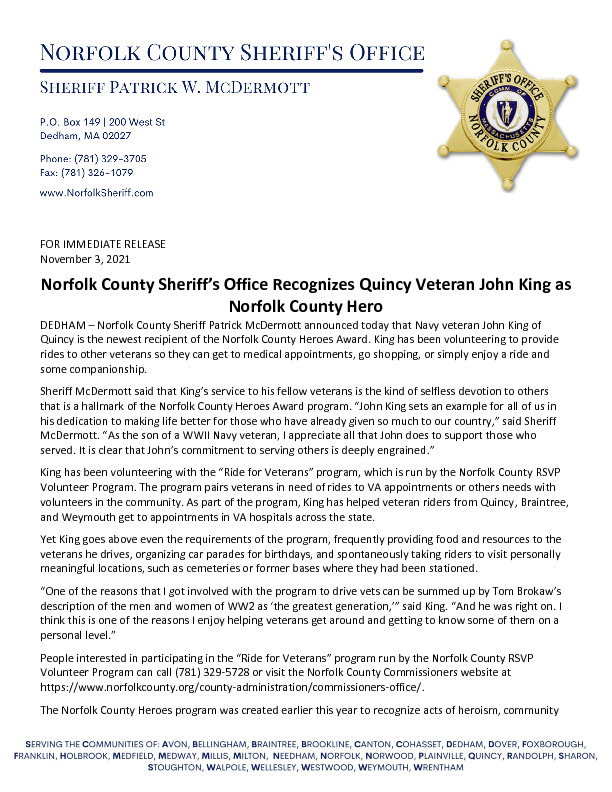 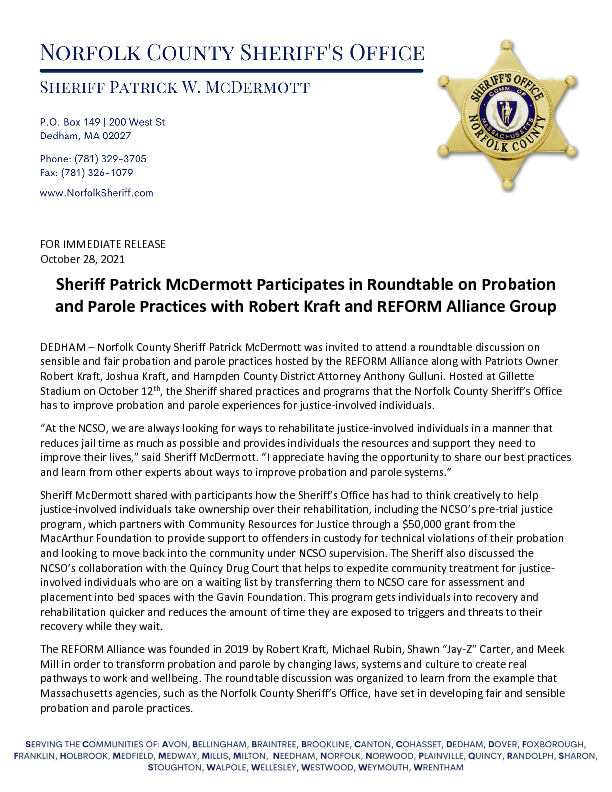 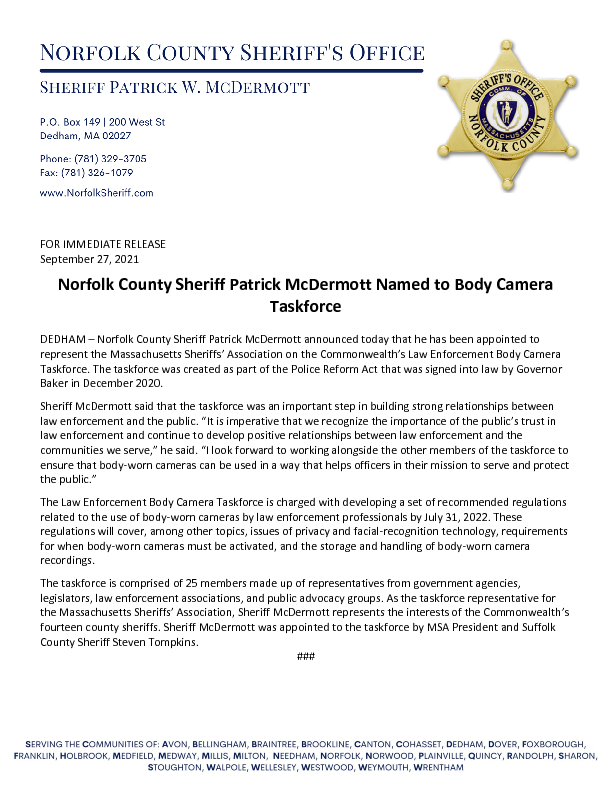 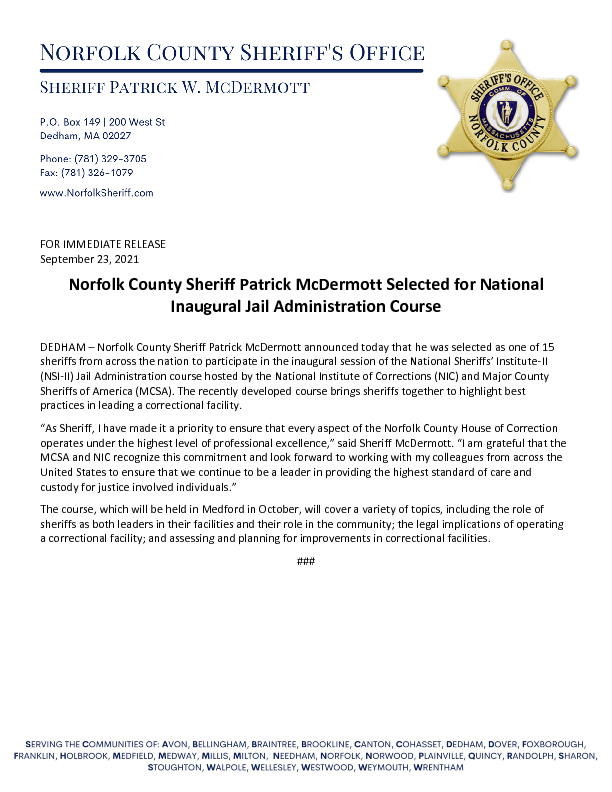 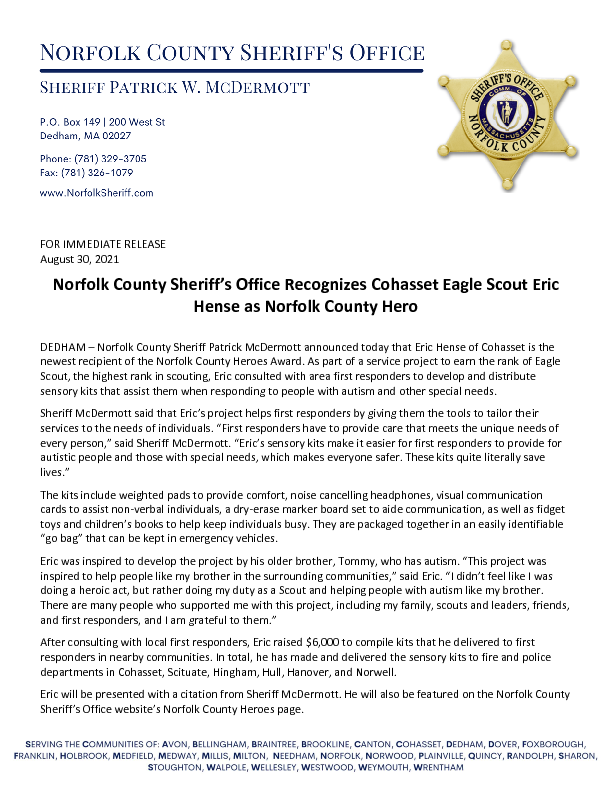 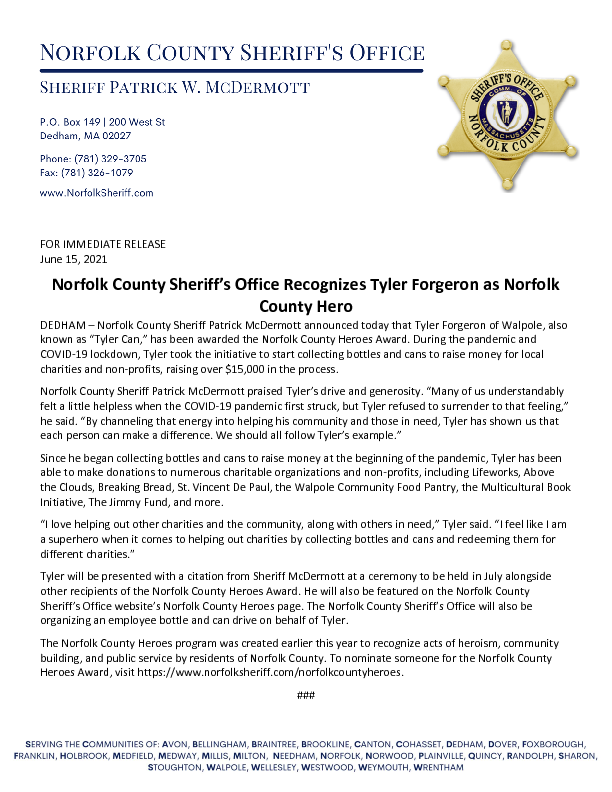 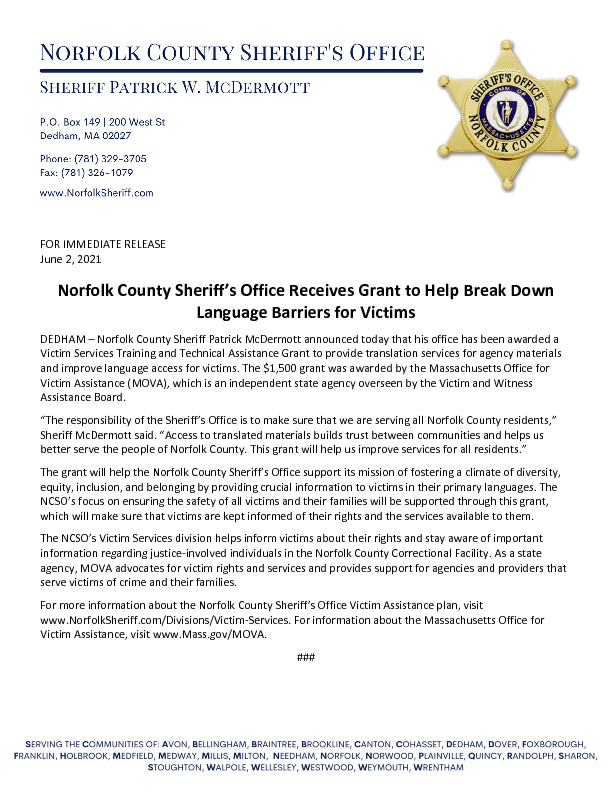 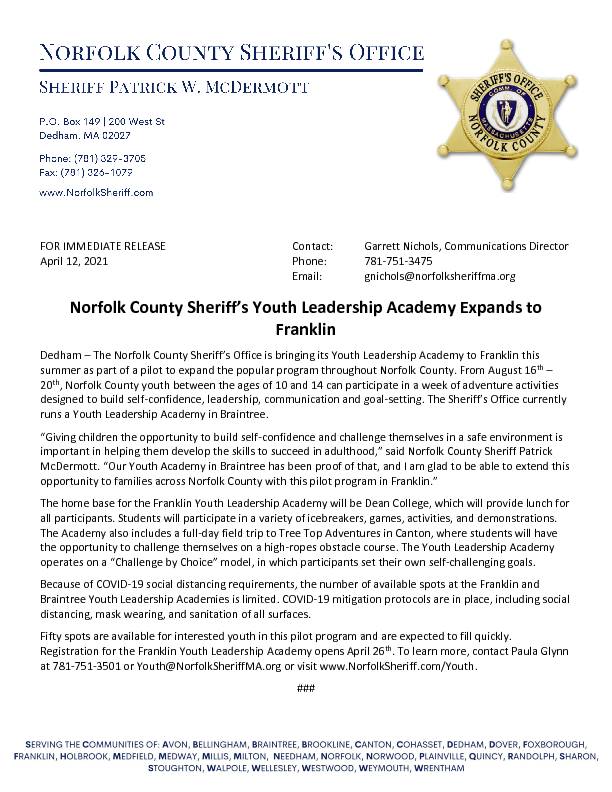 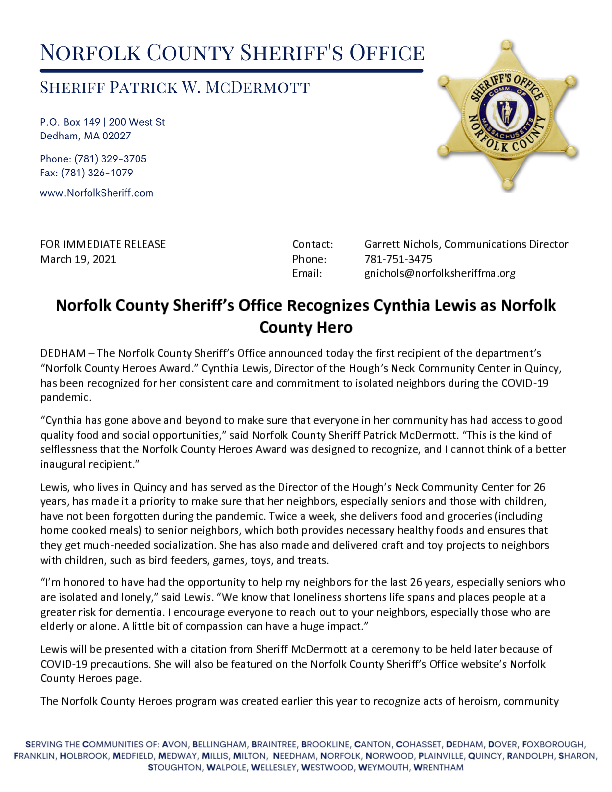 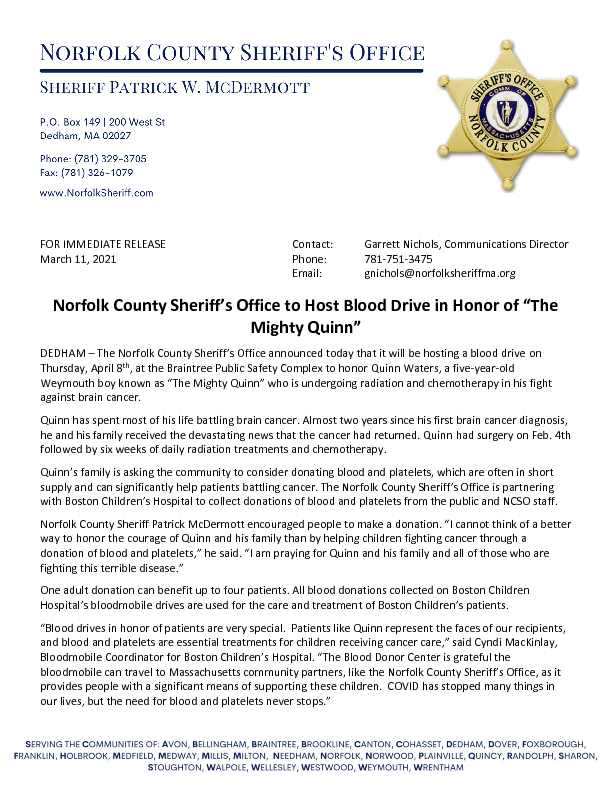 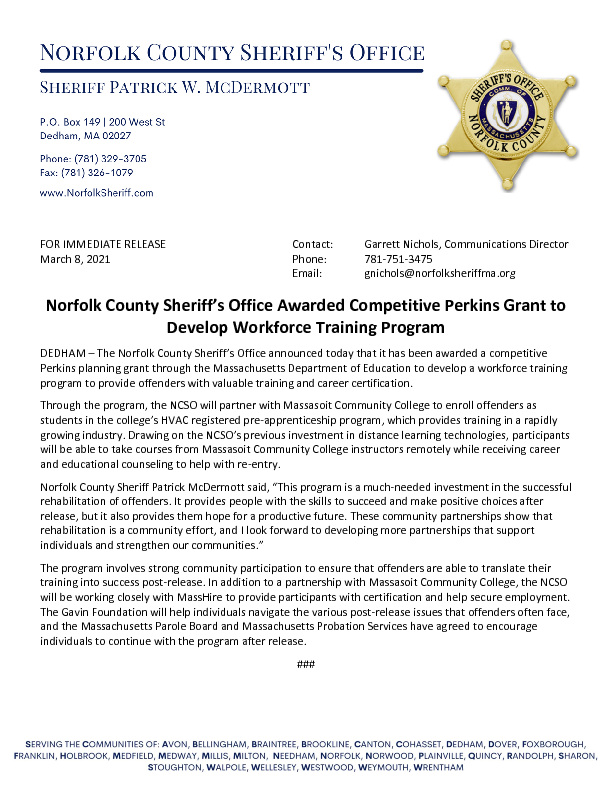